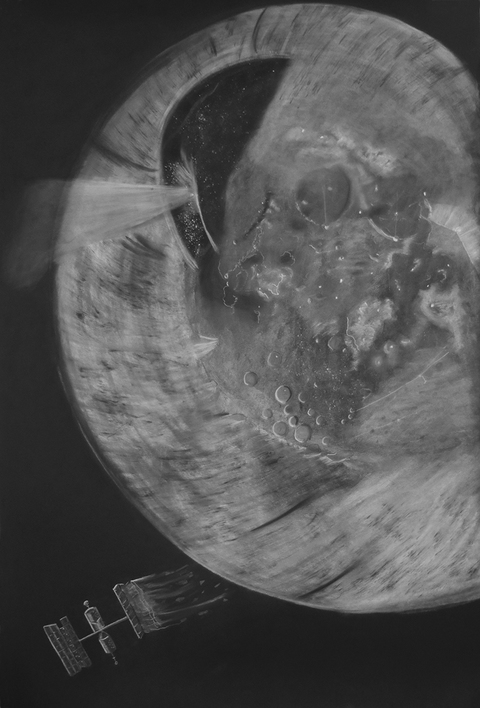 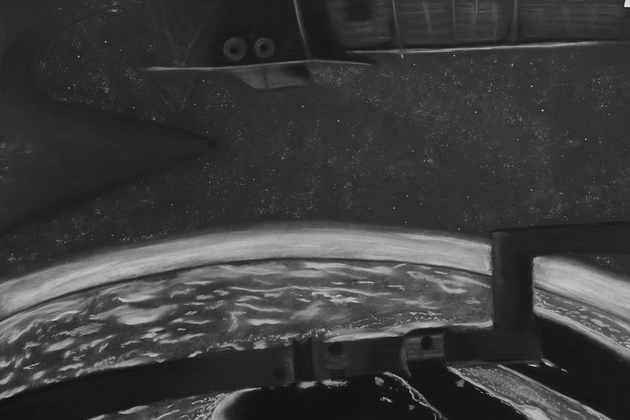 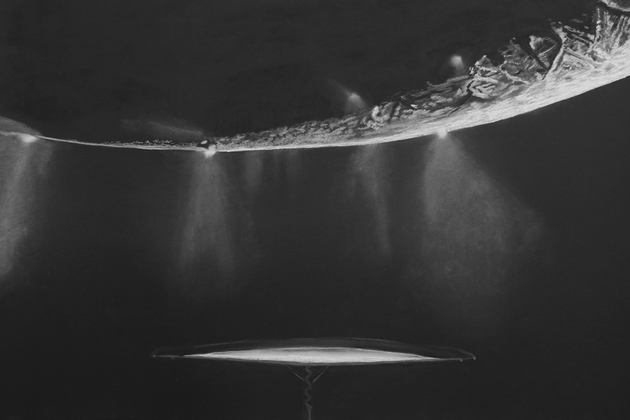 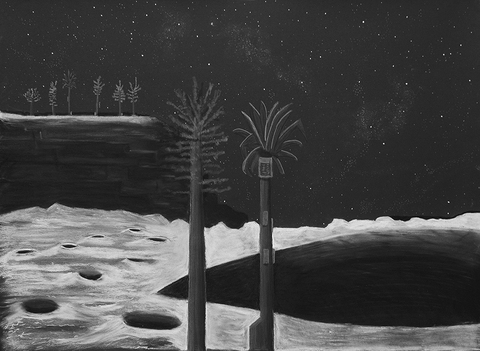 By the year 2060 humans have been mining the Earth moon for decades and using it as a convenient stopover point for travel to other destinations within the galaxy.

As a result of the mining industries, the surface of the moon has become so altered from blast holes and strip mining that it is no longer a recognizable natural lunar environment. The appearance of the landscape has become unsettling to both the full time lunar residents and the tourists.

Rather than attempting to return the lunar surface to its original state, the residents of the Earth moon have voted to implement new visual scenery, albeit to the tune of a drastically alternative looking landscape when compared to the former beauty of natural craters and rolling hills. To cover up the damage caused by the mining, the responsible corporations back on Earth have agreed to transport defunct cell tower trees to the moon and begin a process of “planting” saguaros, mono-palms, and mono-pines. 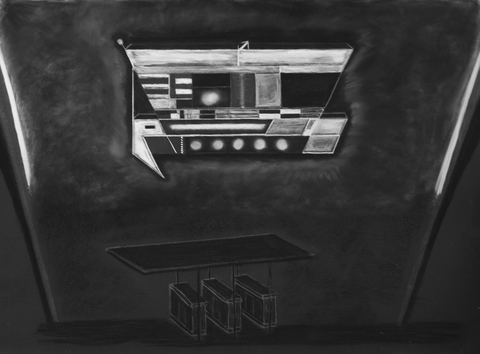 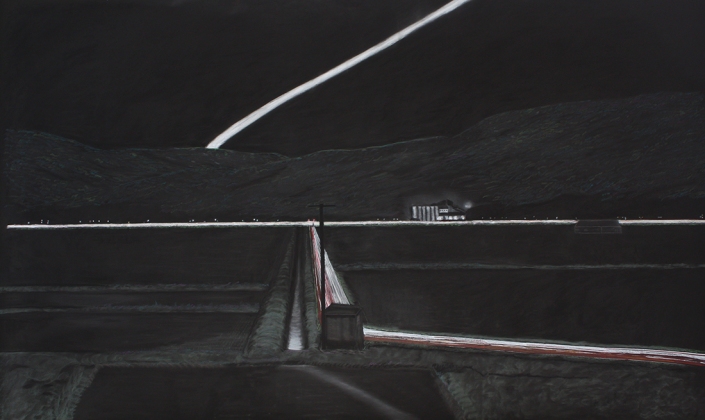 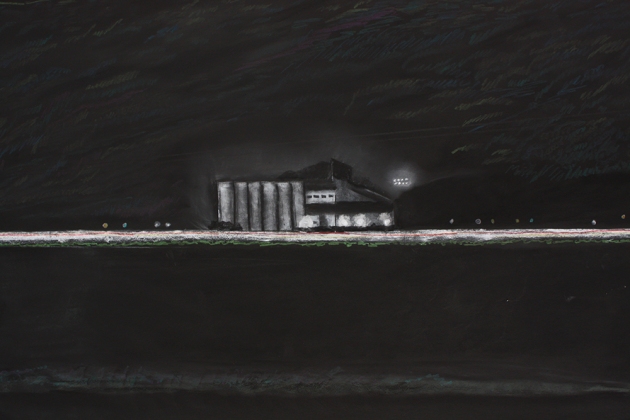 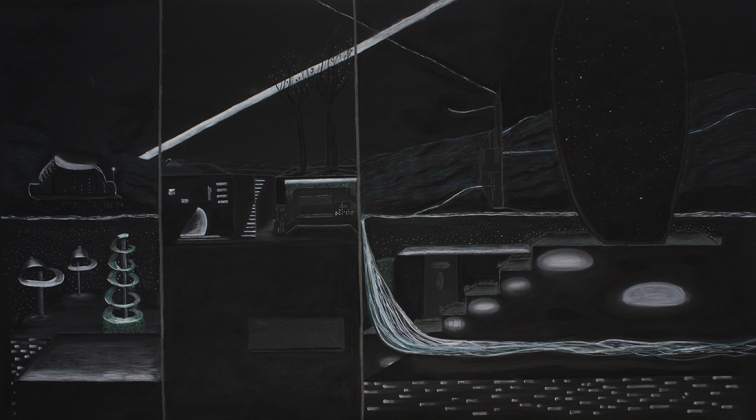 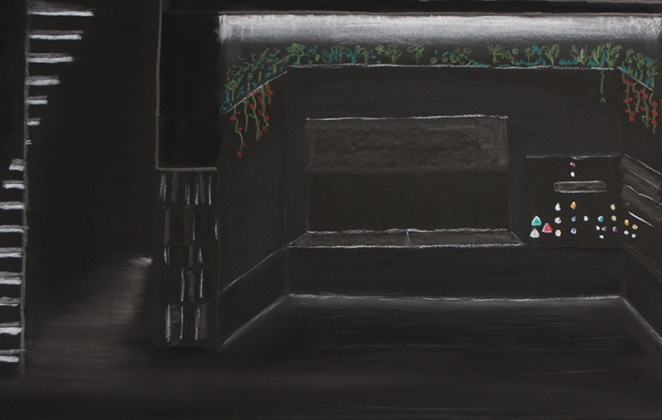 "The Moon Travels As Fast As The Future, #2" (food preparation and living area detail) 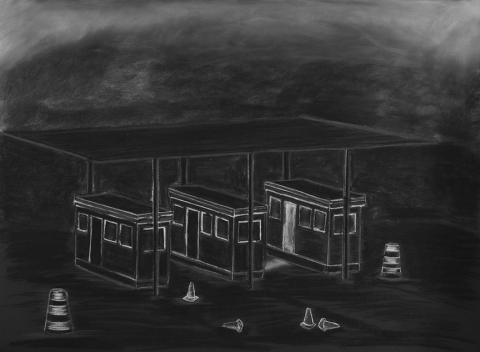 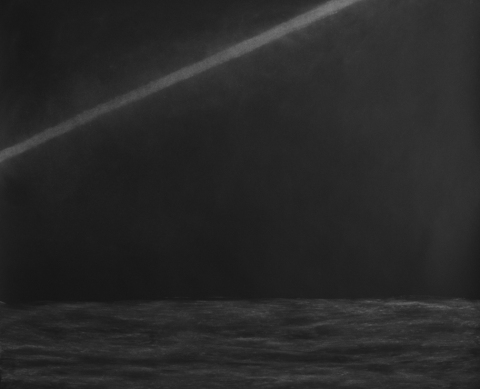 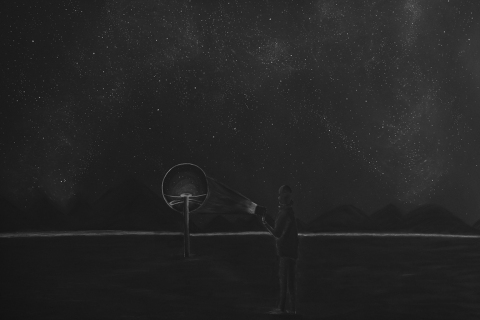 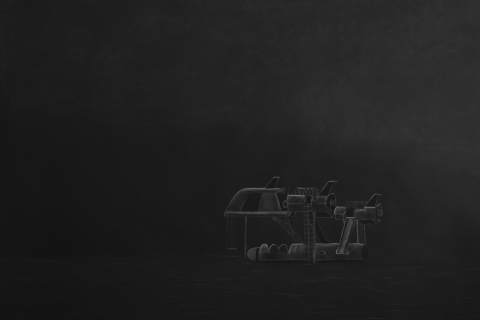